The original lighthouse at Kinnaird Head is one of the first lighthouses established by the Northern Lighthouse Board and is located within the old castle.  It now forms part of the Museum of Scottish Lighthouses.

The lantern was positioned on the corner of the tower of the old castle in Fraserburgh.  At the time, the lighthouse was the most powerful light in operation.

In 1824 structural alterations were made by Robert Stevenson, and a lighthouse tower was inserted into the castle iteslf.

The hyperradial optic (the largest focal distance) was installed in 1902 by David A Stevenson.

Kinnaird Head Lighthouse had the first radio beacon in Scotland, introduced in 1929.

In February 1941, two bombs exploded close to the lighthouse buildings. Fortunately, there were no injuries, but the lantern sustained damage, as well as the accommodation and radio beacon.

The fog signal was discontinued in 1987, and in 1991 the lighthouse was decommissioned, replaced by a new automatic lighthouse established close to the original light.  The original lighthouse and its equipment remain today as part of the Museum of Scottish Lighthouses. All the equipment is still in working order. 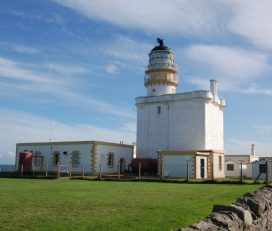 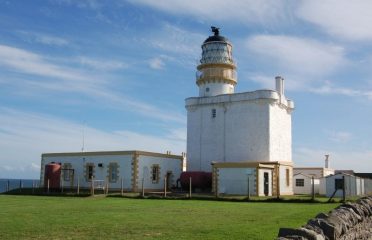 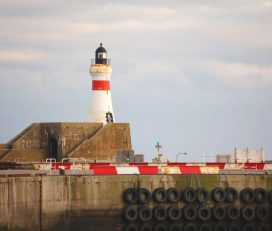 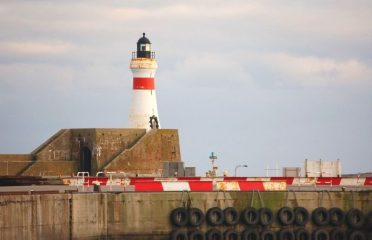 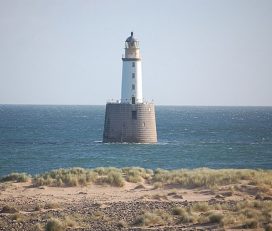 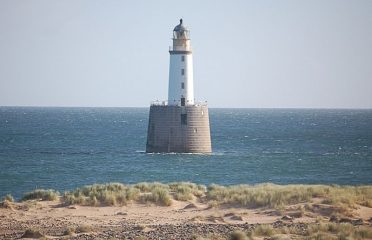