There have been many lighthouses in Winterton-on-Sea, and for a while, four lights worked in two pairs to assist navigation.   The lights of Winterton have quite a long and complicated history.

The current tower was built in 1840, and by the First World War, the Yarmouth Roads channel was so well marked by floating aids that the lighthouse at Winterton was no longer required. It was extinguished in the autumn of 1921.

The lighthouse, with its lantern and equipment removed, was sold by auction on 25th January 1922 at the Star Hotel, Great Yarmouth. The sale details report that the lantern went to Bombay, but other documentation suggests it may have actually gone to a lighthouse in the Bahamas.

In 1966, the now derelict lighthouse was sold again to the proprietors of Hermanus, the adjoining holiday complex. The lighthouse grounds were developed with holiday homes, and the lighthouse drive realigned to skirt the perimeter of the expanded Hermanus site.  The lighthouse tower and cottages were then subsequently sold as separate lots.

Between 1922 and the outbreak of the Second World War the lighthouse was used as a seaside residence for MP for East Norfolk, Viscount Elmley.

In 1939 the military authorities took over the site to establish an emergency gun battery at Winterton (similar defensive structures were built at Happisburgh and Mundesley).   Gun emplacements and bunkers were excavated from the garden in front of the lighthouse, and a brick flat-roofed lookout was constructed at the top of the tower.

Following the Second World War, it became a private residence, and the lookout was converted into a room with a panoramic view.

In 2005, when the tower itself came on the market, it was bought by the current owners who set about renovating the lighthouse into a second home.   It is now available as holiday accommodation. 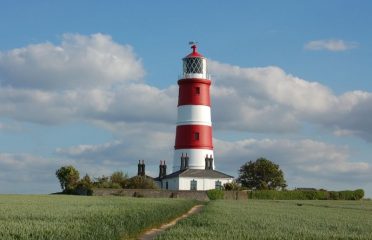 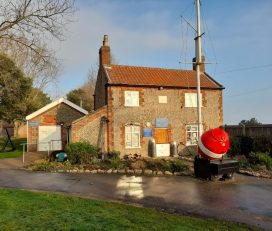 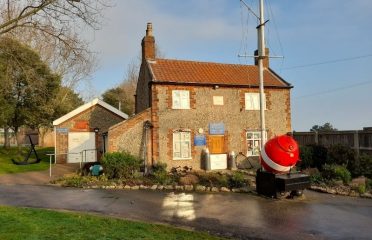 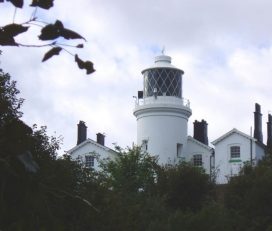 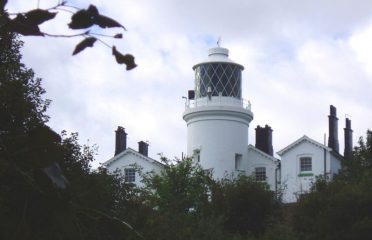