Whitby High Lighthouse is located on the cliffs on Ling Hill, two miles away from the town of Whitby.

In 1856 Trinity House paid £356 for two one acre plots of land on the cliffs at Ling Hill, close to Hawsker, a couple of miles from Whitby.  Two octagonal lighthouses were constructed here in 1858 to the designs of James Walker, Consultant Engineer to Trinity House.

The High and Low Lights when aligned, would clearly mark the off lying Whitby Rock, sometimes known as Scar Rock, which caught out many ships bound for the port. The High Light (or south tower), which is still operational today, was 45ft high, and the Low Light (or north tower) was built on a lower section of cliff, and was 66ft high. Both towers displayed fixed lights and were built approximately 330 yards apart.

With advances in lighting technology, towards the end of the 19th century Trinity House began to reduce the number of operational lighthouse towers, especially at places like Whitby where two towers required two complements of keepers.

In 1890 the Whitby Low Light was discontinued and demolished. The character of the High Light was altered from a fixed to an occulting light, and a vertical ruby strip was installed in the lantern, which shone a red sector over Whitby Rock.  Whitby Rock was now also marked by a buoy.

At an elevation of 240ft the light at Whitby was often obscured by low lying cloud. Following extensive fog signal trials at St Catherine’s Lighthouse, it was recommended that Whitby be equipped with a siren fog signal, and a fog signal station was built on the site of the former Low Light.

The lighthouse was modernised in 1976 when mains electricity was installed and the light changed to an isophase character, ie equal periods of light and darkness. The ruby strip in the lantern still marks Whitby Rock along with a bell buoy positioned offshore. The old paraffin vapour burner was donated to Whitby Museum where it is still on view today.

Whitby Lighthouse was fully automated in 1992. 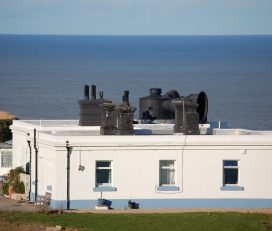 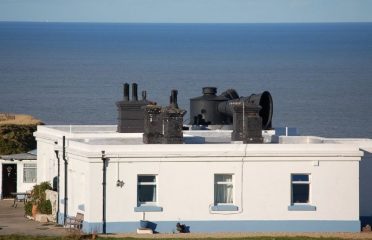 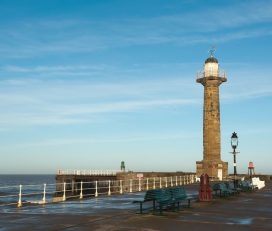 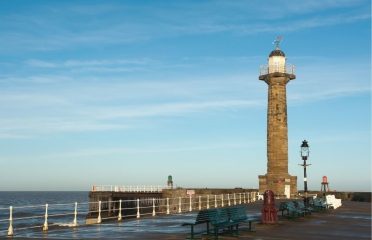 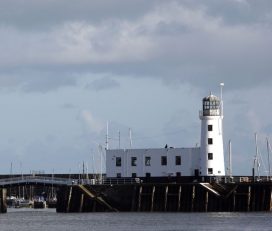 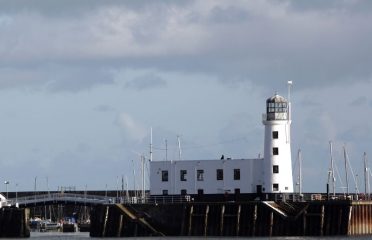 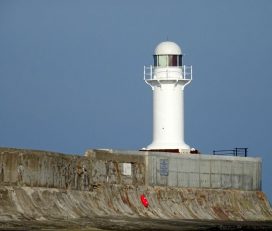 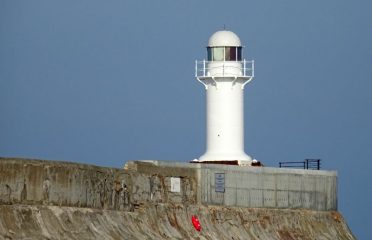 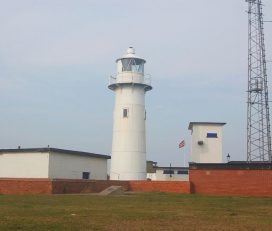 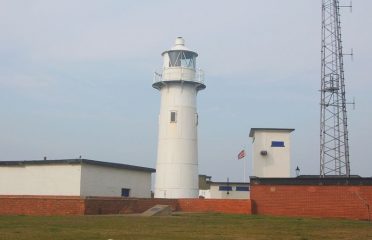 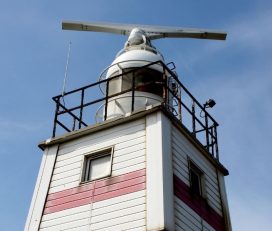 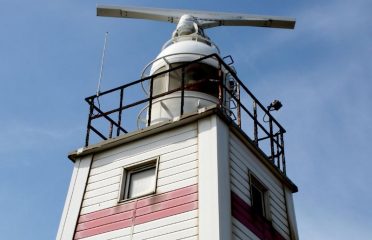