Souter Lighthouse was the first in the world to be designed and built to use alternating electric current.

By the mid-1800s, the shipping trade along the northeast coast was expanding rapidly.  In 1869 over 20 vessels had been lost in one year alone between South Shields and Sunderland.  Trinity House soon realised the urgency for a light on this stretch of coastline, and Lizard Point, situated between the two ports, was chosen. There was already a lighthouse at Lizard Point in Cornwall, and so it was named after nearby Souter Point.

Designed by Trinity House engineer Sir James Douglass, it was completed on 11th January 1871.  Originally the lighthouse was painted white, but a red band was added in September 1924 to distinguish it as a daymark.

Before its installation, the apparatus and machinery were displayed at the Paris Exhibition of 1867.  Souter became known as the world’s first reliably electrified lighthouse, winning international acclaim for its technological advancement.

From 1871 through 1915, a carbon arc lamp produced light by passing an electric current between two carbon rods to create a spark. The main light flashed once every 30 seconds, with a fixed red subsidiary light that shone across the offshore obstructions of Mill Rock, White Stones and Hendon Rock.  This was produced by directing stray light from the main lamp downwards through an opening in the floor to another reflector, refracting it through a window lower down the tower.

In 1915 the lighthouse was modernised, and the lighting apparatus changed to oil, the light being visible for 18 miles.  A first-order biform flashing optic was installed, consisting of two optics mounted on top of the other, each with its own lamp. The lantern had to be extended in height to accommodate these two large optics, changing the appearance of the top of the tower.  The optical apparatus, weighing 4½ tons, floated on a mercury bath to ease friction, and a weight-driven clockwork mechanism rotated the unit.

On one occasion, the weights inside the tube in the centre of the tower got stuck, so the keeper on watch had to wake his colleague for assistance.  He had to turn the lens by hand for a whole hour while the other struggled to free the weights to set the clockwork mechanism in motion again.  An electric motor later replaced the clockwork mechanism.

The lens arrangement for the subsidiary light was renewed in 1919, and in the same year, the colour and character of the main light changed from one white flash every 30 seconds to one red flash every 5 seconds.

On 25th June 1952, the lighting reverted from mantle burners to electricity, using incandescent lamps, the main light being 3,500 watts, with a 500-watt standby lamp in reserve.

Six cottages were originally built for the keepers, one for a qualified Engineer, who was in overall charge, and four for the Assistant Keepers.  In January 1916, three of the cottages were leased to Harton Coal Company.  On 3rd April 1985, the lighthouse was altered from land to rock status, meaning that the keepers would spend a month on the station, working in rotas, followed by a month’s leave.

In 1987 Trinity House announced their decision to discontinue the lighthouse, and in November 1988, the light was switched off for the last time, and the keepers were withdrawn.

The lighthouse and cottages were purchased by the National Trust and developed into a visitor centre with a shop and café.

There is a visitor centre and cafe on site, and the former optic from Coquet Lighthouse is on display here. 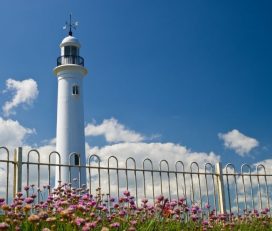 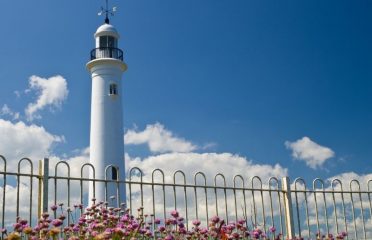 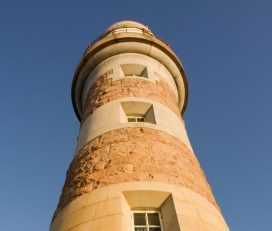 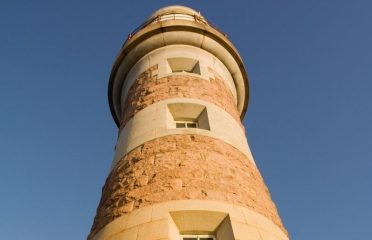 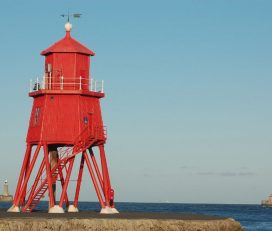 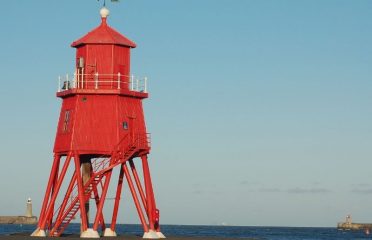 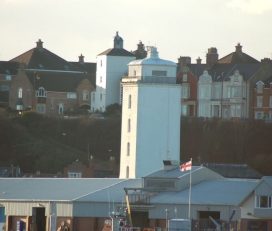 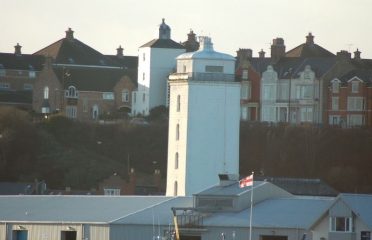 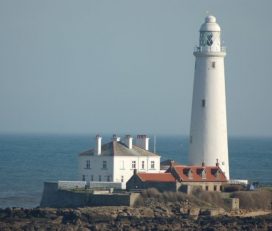 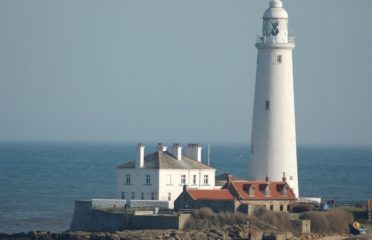 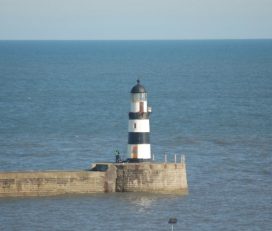 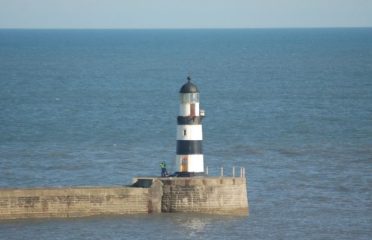