Smalls Lighthouse is the most remote lighthouse in Britain, located on a reef around 20 miles off the Pembrokeshire coast on the largest group of rocks known as The Smalls.

The original lighthouse was the first pile lighthouse to be built in Britain.

It is also renowned for its tale of tragedy, changing the work conditions for lighthouse keepers.

The Smalls, Hats and Barrels reefs nearby, along with vicious tides claimed many ships in the area.

John Phillips, Master of St George’s Dock, Liverpool, petitioned for a lighthouse with backing from shipowners. He was granted the lease.

The first Smalls Lighthouse was built between 1775 and 1776 by a Liverpool instrument maker, Henry Whiteside. It was finally lit by January 1777.

The initial base and structure were constructed ashore at Y Gamlyn, at the end of the harbour at Solva, before being taken to the reef to be re-erected.

The original plan had been to use iron piles, but these were not suitable. So a wooden tower was built on nine oak legs drilled into the rock, with an octagonal accommodation block 65 feet above the reef, and it stood for 80 years.

The pile design was to allow the waves to wash through the legs, and the wooden piles would flex with the waves.

One of the iron pillars was later seen in use as a bollard in Solva quay.

A model of the original lighthouse by Henry Whiteside is within the Science Museum collection.

Whiteside visited the lighthouse in 1777, and was stranded for a month, almost running out of supplies. In desperation he sent a message in a bottle to a friend in St David’s. Miraculously it was washed ashore a couple of days later and delivered to his friend’s address.

Following the storm of December 1777, Phillips could not afford to further repair the tower. As a result he removed the lighthouse keepers and extinguished the light.

Phillips asked the Committee of Liverpool Traders for help. They in turn approached Trinity House to carry out the necessary improvements. New oil lamps were installed and a large fog bell added to the gallery. Additional wooden supports were added to brace the structure.

Following the improvements, a 99 year lease reverted back to Phillips June 1778.

Tragedy at the lighthouse

An episode in 1801 is well known. Thomas Howell and Thomas Griffiths were the two lighthouse keepers on duty. They did not particularly get on well, and disaster struck when Griffiths died, having become seriously ill.

His colleague, concerned that he would be accused of murder, made up a makeshift coffin and attached him to the outside gallery until help could arrive sometime later.

Some reports say that Howell was so stressed about the incident, that he had turned grey by the time rescue relief came. Whether this is true or not, he would certainly have been extremely stressed.

Following this gruesome occurrence, it was decided that three keepers should be on duty together, and this tradition continued until automation in the 1980s.

Further damage to the lighthouse

Frequent complaints were made about the structure of the lighthouse. And further tragedy struck in February 1831 when a huge wave washed the floor of the accommodation away, killing one of the keepers. The floor was repaired and the lighthouse continued for another 30 years.

In 1836 an Act of Parliament was passed giving Trinity House authority to compulsory purchase remaining privately owned lighthouses. After a dispute with the leaseholder, an agreement was reached, and Trinity House became the new owners.

Improvements were made for the keepers’ accommodation, but the wooden light remained for a number of years following.

Plans for a second Smalls Lighthouse

Initial plans were drawn up by James Walker, then James Douglass was commissioned to build the second lighthouse in 1861, to replace a previous lighthouse which had been erected in 1776.

In 1855 James Nicholas Douglass started work on the design for a new lighthouse. The workyard at Solva was once again used as the base for the construction. The granite blocks were assembled at Solva prior to being transported to the rock.

Work on building the current tower began in 1857 and completed in 1861.

It was first lit on 7th August 1861. Red sections of glazing in the lantern shone a red light over the Hats and barrels reef. Two fog bells were suspended from the gallery, operated by a clockwork mechanism.

The tower was painted with red and white bands to make it visible as a daymark.

This stamp, which was issued in 1998, depicts The Smalls Lighthouse with its red bands.

It was also said to be one of the first lighthouses in the country to have a flushing toilet installed.

The curved design had a stepped base, allowing the waves to break their force.

Henry Whiteside’s tower was dismantled in 1862, though some of the stumps remain in evidence on the reef.

The lighthouse was electrified in 1972 using generators installed in the lighthouse engine room. This was a major exercise, and whilst the work was carried out a lightvessel was located nearby to show a temporary light.

A helipad was constructed on the base of the rock in 1972, covering many of the original post stubs, although evidence of some of the supports can still be seen.

The lantern was strengthened, and a helideck added above the lantern in 1978. The explosive rockets that had been used were replaced by a Supertyfon fog signal.

During the 1980s the automation process took place. The Superfyton fog signal was replaced with a less powerful Nautophone system.

The last keepers Robert Farrah, Chris Tye and Richard Vose left on 1st September 1986 when the lighthouse was automated.

This interesting video from former Lighthouse Keeper Peter Halil shows the lighthouse around 1993-94, after automation, before its bands were removed.

In 1997 the bands were removed, and the lantern framework was painted dark red.

The former paraffin vapour burner is on display at the National Waterfront Museum in Swansea. 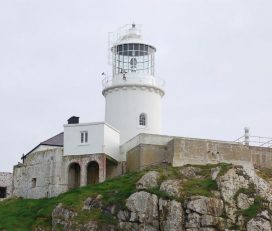 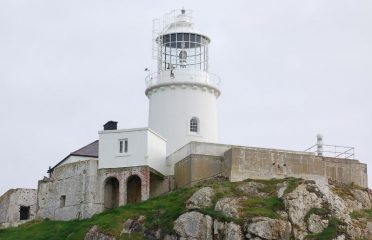 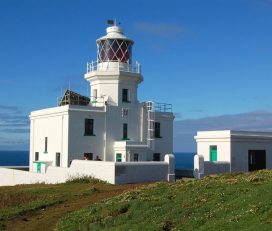 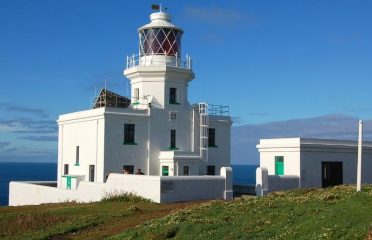 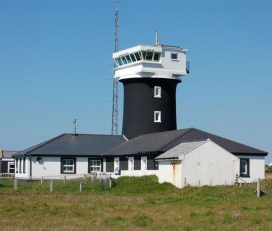 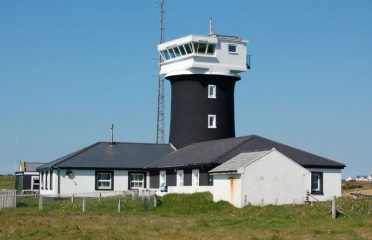 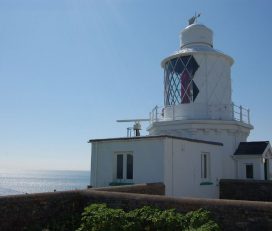 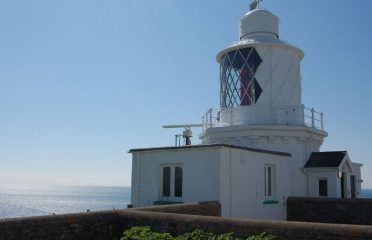 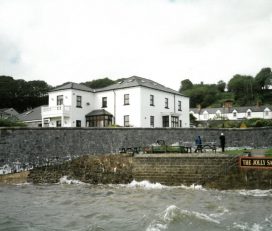 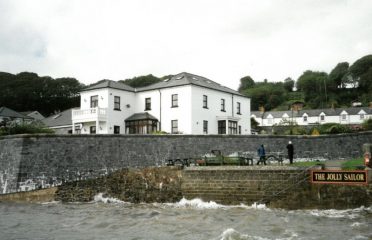