Sanda Lighthouse is located off the south end of the Kintyre peninsula,  around 13 miles from Campbeltown.

The island marks a turning point for vessels entering into and from the Clyde, bound for Ireland. It posed a significant shipping hazard, and over 150 vessels were lost around Sanda and its outlying rocks.

There had been significant demand for a light in the area since the loss of the Christiana in 1825.

Trinity House proposed moving the Mull of Kintyre Lighthouse to Sanda. The Northern Lighthouse Board considered marking Patterson’s Rock, to the east of the island, with a beacon.

There are cliffs on most sides of the island and caves on the coast’s western side.  There are a couple of natural arches, which some say look like an elephant.  One of these arches is near the Ship.

Construction of Sanda Lighthouse began in 1849.  The tower was built on the top of Ship Rock at the southern end of the island.   A temporary wooden barrack was used until the lighthouse keepers’ cottages were completed.

Access from the keepers’ cottages was by means of a set of two external staircases built into the rock.   These led to the third tower, the lighthouse itself.  This is the only Scottish lighthouse with this design, possibly in the world.

The lighthouse was first exhibited on 7 January 1850.

The original light was a fixed red light, shown through a glass chimney.

In 1900 a schooner was wrecked near the lighthouse. The Sanda Boatman and his two sons were awarded medals for their bravery in saving the crew using their small boat.

From 1976 onwards, helicopter reliefs took over from boat reliefs.

The original 1850 optic was later removed, is now on display at the Museum of Scottish Lighthouses. Additional vertical rotating condensing prisms were added in 1882 to give its unique character.

The 400-acre island has had a number of private owners, one of which was Jack Bruce of the rock group Cream.

A set of stamps were produced on the island in the 1960s. Another set was produced in 1970 for the then owner rock star Jack Bruce.

There is also a bird observatory on the island.

Boat trips can be taken from Campbeltown harbour around the island. 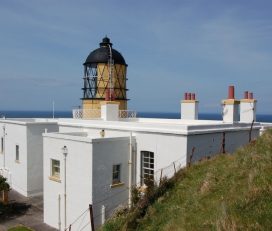 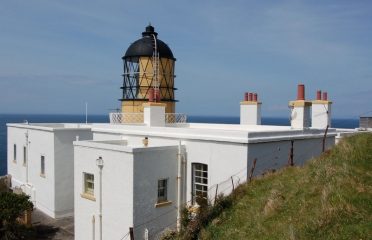 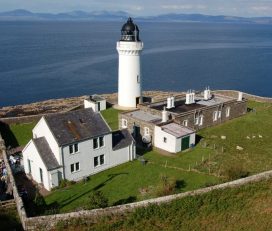 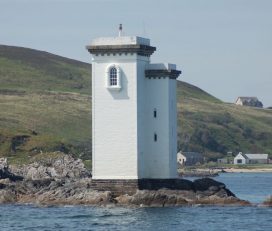 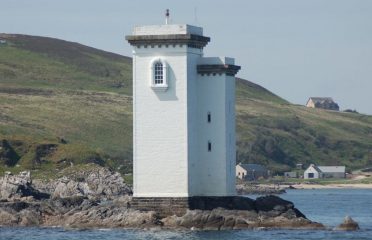 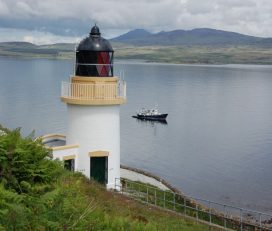 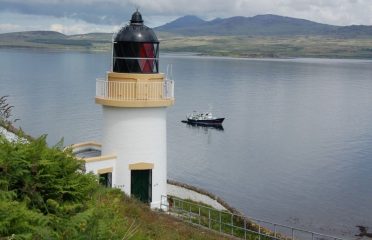 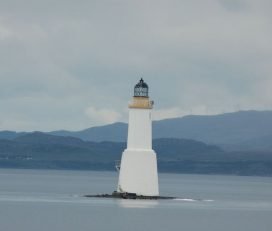 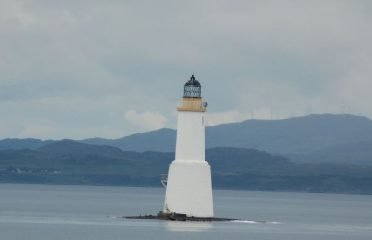 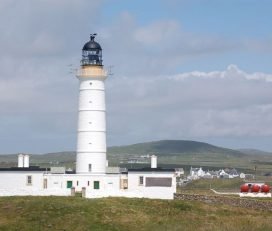 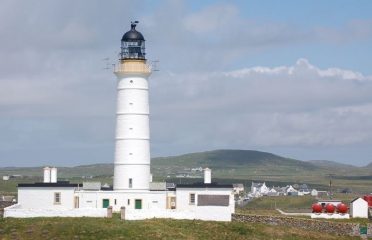