Noss Head Lighthouse, near to Wick, was built in 1849, and was the first to use triangular glazing panes.

Following several shipwrecks along this stretch of coastline, a lighthouse was proposed at Sarclet Head, south of Wick. The site was at the midway point between the existing lighthouses of Tarbat Ness and Pentland Skerries.  However, Trinity House proposed the site at Noss Head, as it projected further east along the coastline. It would guide sailors into the anchorage of Sinclair’s Bay during westerly winds.

The land was once part of the estate belonging to the Earls of Caithness. The Northern Lighthouse Board acquired the land in the mid-1800s.  Alan Stevenson was the engineer responsible for its construction, with Mr Arnot of Inverness being the contractor for its building.

The original cottages were built in Egyptian style. Stevenson had used a similar design at Covesea Skerries and Cromarty Lighthouse in preceding years.  The site’s layout followed a familiar theme: tower, quarter deck, courtyard, and dwellings for the Principal and Assistant Keepers.

Noss Head Lighthouse was established on 18th June 1849.  A new style of lantern using triangular glazing panes was introduced.  Previous to this, most lights had used square or rectangular glazing.  The new style was stronger and reduced the chance of the light being obscured behind the glazing bars.  This design feature was subsequently used at all new Scottish lights. Also, if an older lantern was being upgraded, the new triangular design was used.

In the early 1900s, a fog signal was established at Noss Head. This necessitated additional accommodation for a third keeper and his family.  The new dwelling was built just behind the original cottages. This became the home of the Principal Keeper and his family; the original dwellings were now used for the first and second Assistant Keepers.

The lighthouse was automated in 1987. The Northern Lighthouse Board retained the lighthouse and quarter-deck but looked to dispose of the surplus dwellings and other buildings.  In 1998, the cottages were acquired by Ian Sinclair and Joan Burton. In 2006 ownership passed to the Clan Sinclair Trust. The Trust set up a study centre at the lighthouse for research into the Clan’s history.

Just to the west of the lighthouse stands the ruins of Sinclair Girnigoe Castle, a former clan home.

Following automation, the first-order optic was moved to the Wick Heritage Centre in the town centre. The optic at Wick Museum is the oldest intact first order catadioptric optic in Scotland.

The optic was initially replaced by a rotating back of sealed beam units. Later an LED beacon that flashes (rather than rotates) was installed.

The original optic in the Heritage Centre is in full working order and is displayed over two floors.  It is possible to wind the clockwork mechanism on the ground floor and set the optic in motion.

In 2017 the lighthouse cottages and outbuildings were sold off again. Subsequently, the Clan Sinclair Study Centre was moved to Dunbeath Heritage Centre. 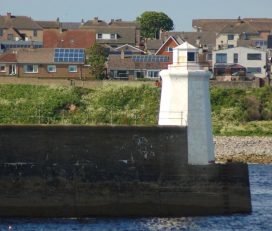 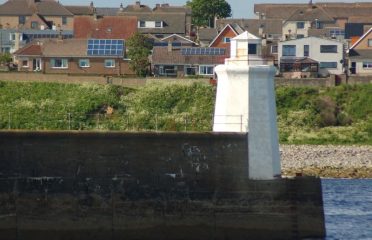 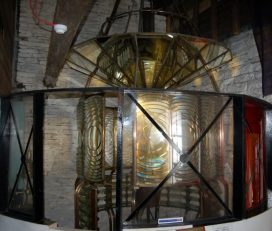 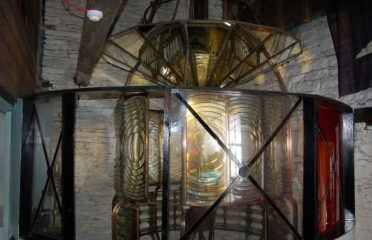 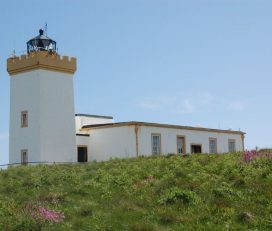 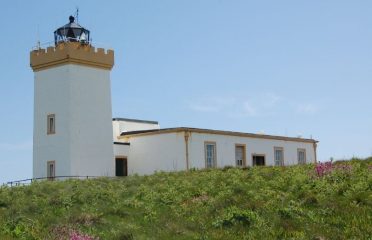 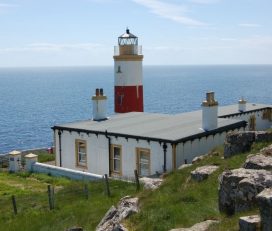 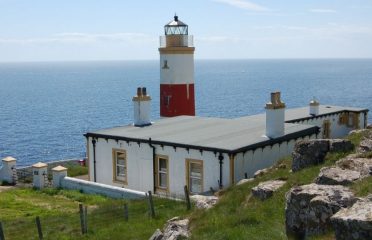 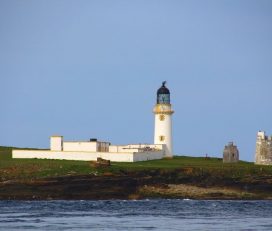 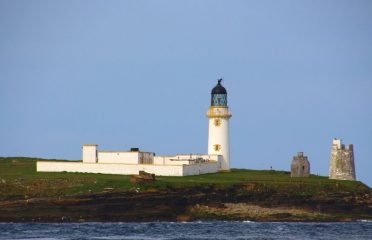 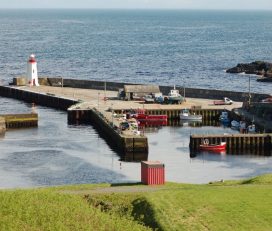 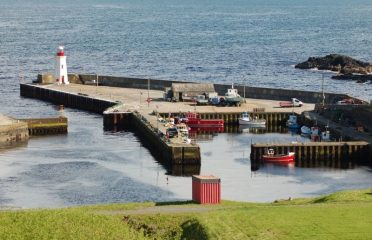