Pilgrims used the ferry crossing at North Queensferry to travel to St Andrews.  Saint Margaret of Scotland, wife of King Malcolm III of Scotland is said to have arrived here in 1068. She crossed here between Dunfermline and Edinburgh Castle, and the crossing became known as the Queen’s Ferry.

The main ferry terminus was located at the Town Pier.  Designed by John Rennie, the pier was built between 1810 and 1813.  In 1817 the North Queensferry Lighthouse was built.  Up until that time the local signal house was used as a navigation aid by vessels.

In 1828 the Town Pier was extended by Thomas Telford to accommodate larger steam-powered ferries.

However, during the 19th century, the ferry crossing declined.  An alternative crossing operated for a while between Burntisland and Granton.  By 1883 work began on building the railway bridge.  The Forth Rail Bridge was opened on 4th March 1890.

The ferry crossing at North Queensferry continued, transporting large numbers of vehicles.  But by the 1960s, a new bridge was proposed.

The last ferry crossing took place at North Queensferry on 3rd September 1964. The following day, Queen Elizabeth II opened the new Forth Road Bridge, drawing to a close 800 years of continual use of ferry use.

In February 2009 the North Queensferry Heritage Trust took on the restoration of the tower.  Trust members repaired the stonework and some of the missing steps.  The lantern was removed and repaired.  It was replaced on 19th August 2009 and houses a 21-inch diameter parabolic reflector.

On 22nd June 2010, Her Royal Highness The Princess Royal relit the light 120 years after it was decommissioned.

Access inside the tower is limited due to space restrictions. 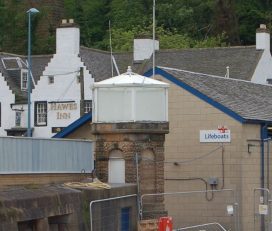 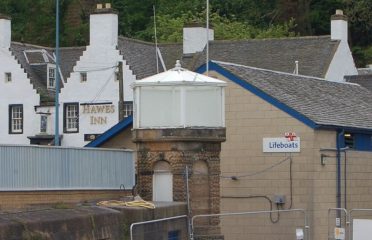 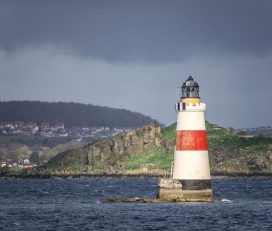 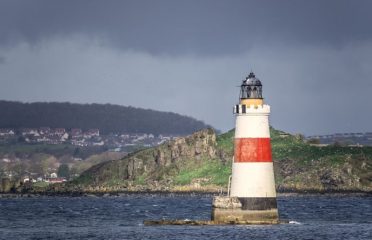 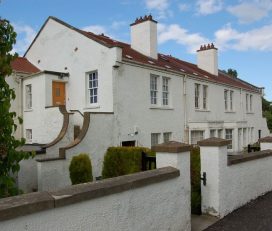 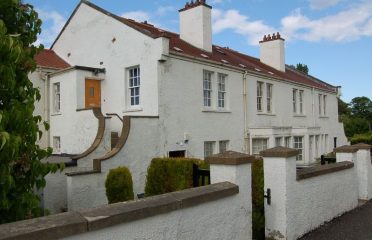 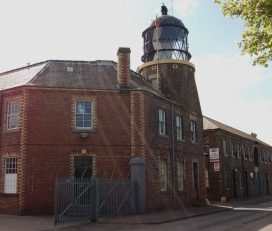 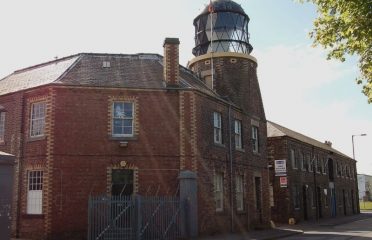 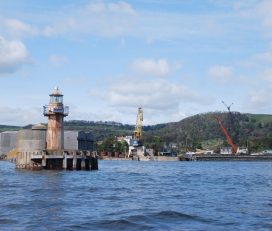 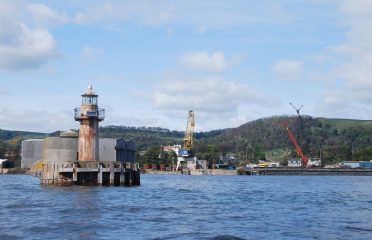