The current Needles Lighthouse marks the extremity of the Needles Rocks on the Isle of Wight’s western side. It replaces an earlier lighthouse built on the clifftop.

A group of merchants and ship owners first made an application for a lighthouse to mark the Solent’s western approaches in 1781.

The first Needles lighthouse became operational in September 1786. Its location at the clifftop meant that the light was often obscured in poor weather and fog.

Initially, the lighthouse exhibited a fixed white light. In March 1840 a red light replaced it to avoid confusion with the lighthouse at St Catherine’s.

Because of its location, Trinity House decided that a lighthouse was needed to mark the edge of the Needles Rocks.

Before building the lighthouse could start, the engineers levelled off a section of the limestone rock to provide the tower’s base. They also excavated tunnels to offer additional storage rooms.

The new Needles Lighthouse was first lit on 1st January 1859. A fixed red light with a white sector indicated the clear passage from Durlston Head Southwest Shingles and Dolphin Bank. A narrow white sector later marked the northeast approach of Warden Ledge. By 1884 a green sector had been added, and the light was altered to an occulting character.

The granite tower was initially unpainted. However, in 1886 a black band was added to make it more prominent against the cliffs. The lighthouse lantern was also painted black. The red bands and lantern were added later.

In 1992 an incandescent paraffin vapour burner was installed.

Three keepers lived in the lighthouse within the tower.

The following brief YouTube video shows a relief trip to the Needles Lighthouse in 1948.

By 1987 a helipad had been added to the top replacing the need for boat reliefs.

The lighthouse was automated on 8th December 1994.

Needles Lighthouse can be seen from the Needles Battery, which has a great cafe overlooking the Needles, or you can take a boat trip from Yarmouth. 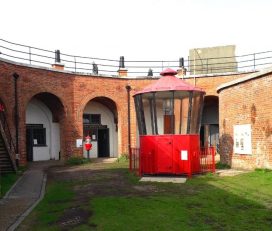 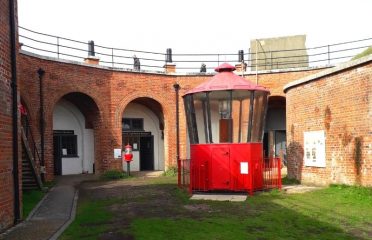 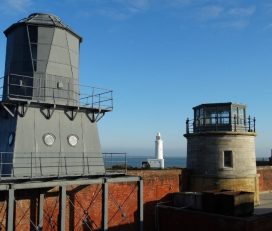 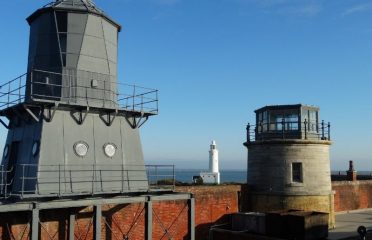 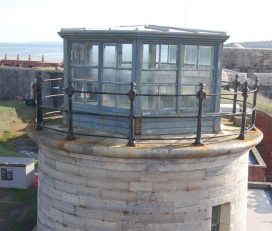 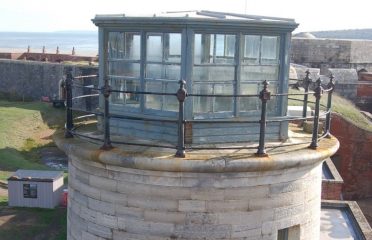 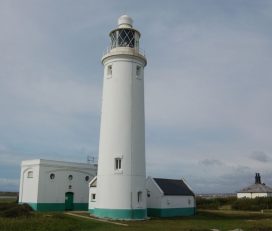 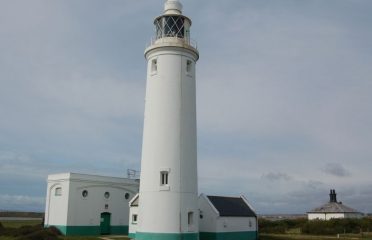 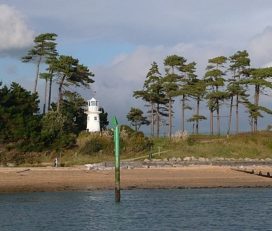 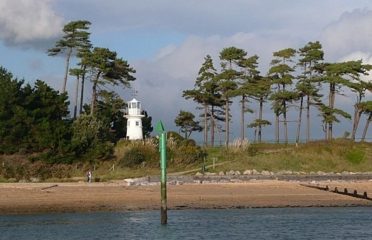 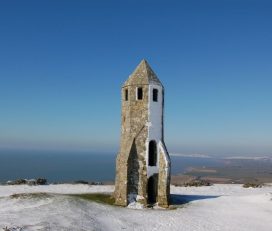 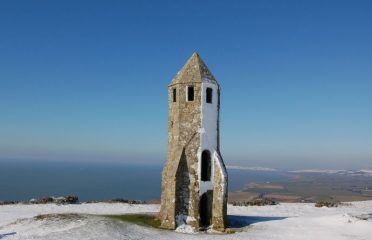