Located on the island of Shillay, Monach Lighthouse is one of the few lighthouses to be decommissioned and then later re-established.

The low lying Monach Islands lie about 5 miles off the western coast of North Uist. There are three central islands, Ceann Ear, Shivinish and Ceann Iar, all interconnected at low water. To the west of the group lies the island of Shillay, which is dominated by the red brickwork tower of Monach lighthouse.

The adjacent accommodation, which is substantial in size, now has all its windows and doors bricked and boarded up.

Following a storm in 1801, the islands were stripped of soil and plant cover. Over the next 100 years, the population decreased, until 1931 when the 33 remaining islanders relocated to North Uist. The only people left were the lighthouse keepers and their families, who remained there until 1942.

In the 1850s David and Thomas Stevenson proposed that a light on the west coast of the Hebrides would be beneficial.  Consent was given to build a light on Shillay. The Commissioners of Northern Lighthouses bought the island from Sir John Orde and his son in 1862.  They also bought a plot of land on the adjoining island on which a storehouse was erected.

A light was first shown from the 133ft high tower on 1st February 1864. However, only ten months later, on 6th December 1864, the upper shaft of the optic jammed, and the revolving light mechanism stopped. The three keepers had to drive the machinery by hand to keep the light turning, for seventeen consecutive nights. Finally, the lighthouse tender Pharos arrived with a new shaft on 22nd December. The Captain of the Pharos reported that he “took note of the revolutions of the light, and found them keeping excellent time.” He recommended that they deserved “the highest approbation of the Board for their zeal and activity in the discharge of their duty, and such approbation has been communicated to them.”

On 15th November 1936, tragedy struck when Principal Keeper Milne and Assistant Keeper Black went to collect the mail.  They rowed across the half-mile stretch of water to the post box on the island of Ceann Ear.  The journey also involved a walk of about 2¾ miles and the crossing of two fords. They were last seen on land at about 4.40 pm, presumably returning with mail and provisions.

As time passed the families became anxious. From the top of the tower, they could be seen waist-deep on a tidal rock, and their upturned boat drifting away from them. The tide was rising rapidly and, in an increasing gale, they were washed away by a huge wave. They disappeared from view, and three weeks later their bodies were found washed up on Haskeir island, 12 miles to the north.

Following the Braer oil tanker disaster in January 1993 off Sumburgh Head in Shetland, the Northern Lighthouse Board were tasked with marking the deep water route to the west of the Hebrides with modern beacons. It was felt that should a similar incident to the Braer occur in The Minch it would pose a huge environmental disaster.

The outlying rocks of Haskeir and Gasker were marked with a major and minor light. On Shillay a new minor light was established on a prefabricated aluminium tower with GRP daymark panels. This was positioned in front of the disused 1864 tower and was first lit on 22nd September 1997, operated by solar and wind power.

The redundant first-order optic, still in situ in the original tower, was removed and placed in storage at the NLB Depot in Granton, Edinburgh.  It was later relocated to the Museum of Scottish Lighthouses in Fraserburgh.

In 2005, following a review of navigation aids, it was decided to increase the range of the Monach light from 10 to 18 miles. This would mean that the elevation of the existing light would need to be raised.  It was decided that the best and most economic option would be to house a new optic in the 1864 tower.

The site was surveyed in 2006, and the following year saw the first phase of the site clearance. The 1864 clockwork mechanism was removed to relieve the load on the watch room floor and to make room for the electrical equipment. This was reunited with the original lens at the Museum in Fraserburgh.

Although Monach Lighthouse had been unused for the last 60 years, very little work needed to be carried out to make it operational.   This is a testament to the work of its engineers.

The new major light was then commissioned in the old tower in December 2007 – 65 years after it had last displayed a light. After 150 years and advances in technology, the original Stevenson designed tower still has a vital role to play as a major aid to navigation. 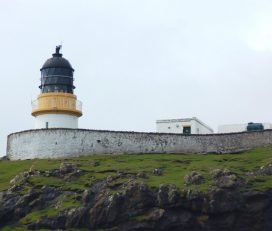 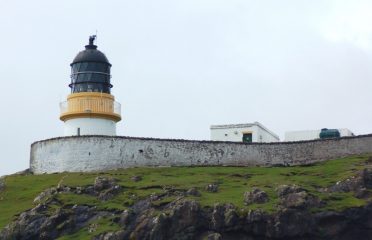 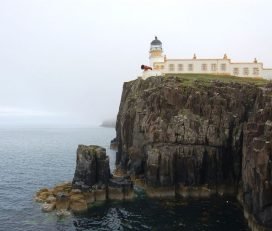 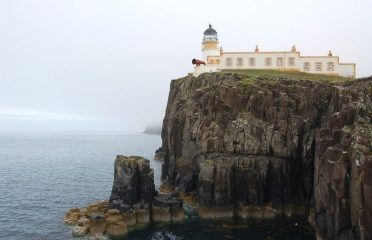 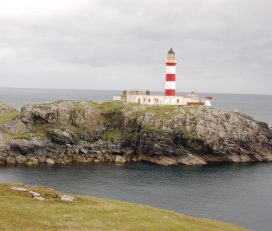 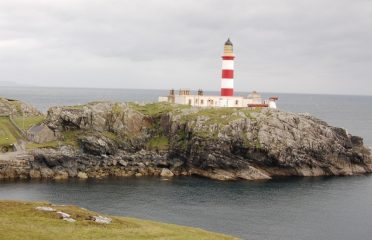 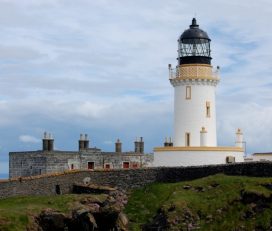 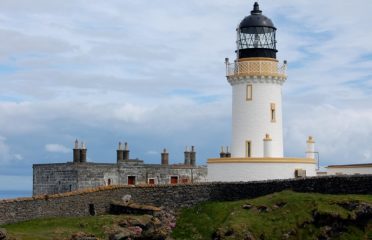 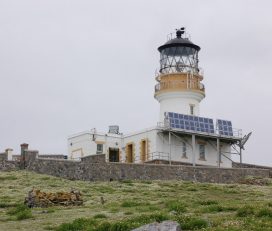 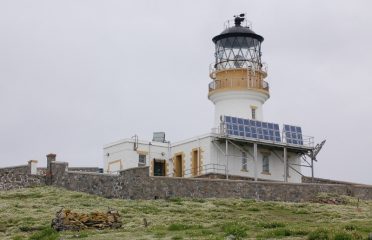 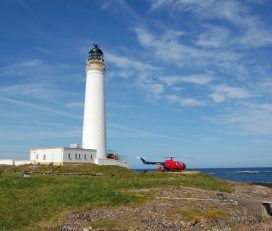 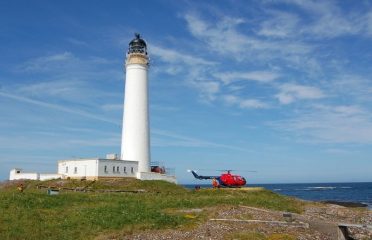