Little Ross Lighthouse stands on the summit of Little Ross Island, 123 feet above sea level. The island lies around a quarter of a mile from the western entrance of the River Dee in Kirkcudbright Bay.

The southern coast of Scotland reaches from Mull of Galloway to the Solway Firth. Before 1820 navigation into the River Dee was challenging to navigate, and primitive wooden withies lined the river entrance.

In the early to mid 19th century, many large vessels operated from Glasgow and Liverpool, but some also used smaller ports in the Solway Firth.

The first record of an application for a lighthouse at Little Ross was in 1792 by Dr Robert Muter, a minister of the Parish Church. Muter had an interest in the harbour and put forward a good case, but this did not materialise.

Captain James Skelly successfully campaigned for beacons to be erected on Little Ross Island. The beacons, built in 1819, enabled daylight navigation into the River Dee and Kirkcudbright. However, these beacons were not enough, and further improvements were needed.

Skelly, assisted by Kirkcudbright writer Mr James Niven, put a case for a lighthouse to the Commissioners for Northern Lights.   Progress was not forthcoming, however.

A vicious storm in March 1822 saw five vessels lost in Kirkcudbright Bay. Captain Ormonby of the Mary Isabella perished in the ships that foundered. This, along with the loss of his crew, caused widespread grief in the local community. Renewed efforts to improve the safety of Kircudbright’s port ensued, but it was sometime before the campaign succeeded.   Finally, in 1840 Robert Stevenson arrived to survey the site with his son Thomas.

Thomas was appointed engineer of the construction with consultation from his elder brother Alan. He lived at Ross Bay during construction, travelling between the island and mainland by boat.

The lighthouse was built on the summit of the island, and the stone was quarried from the eastern side of the island.

The first Principal Keeper at Little Ross Lighthouse was Thomas Ritson, who was appointed in June 1842 prior to the lighthouse being lit.

Little Ross is perhaps most notorious for an incident that took place in 1960.  Two lighthouse keepers were stationed on the island – Hugh Clark and Robert Dickson. A passing sailor decided to land on the island, and, as he approached the lighthouse, he heard the telephone ringing. When this was not answered, he became curious and went inside to find lightkeeper Hugh Clark lying dead on the floor from a gunshot wound. His colleague, Robert Dickson, was nowhere to be seen but was later tracked down and charged with Clark’s murder. He was sentenced to hang for his crime, although this was later commuted to life imprisonment. Dickson, however, took his own life whilst in prison.

Shortly after the incident, and probably as a consequence, the lighthouse was automated using a propane gas system.

In 2003 the lighthouse was converted to solar power.

The Northern Lighthouse Board donated the optic to the Stewartry Museum in Kirkcudbright in 2004. Other documents, including petitions for the lighthouse, are also held at the museum.

There is an excellent, detailed book about Little Ross Island – Life and Death on Little Ross: The Story of an Island, a Lighthouse and its Keepers by David R Collin.

Just along the coast is the lighthouse on Hestan Island. This was cared for by attendant boatmen rather than full-time lighthouse keepers. The attendants, for a time, lived in a cottage built initially to house copper miners. 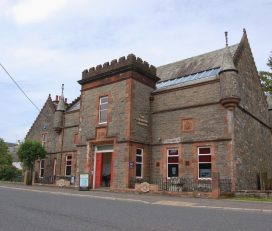 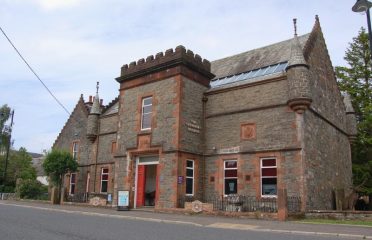 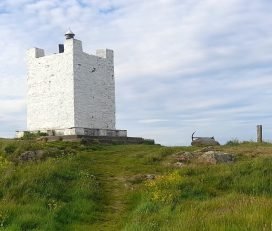 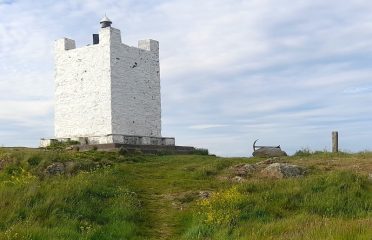 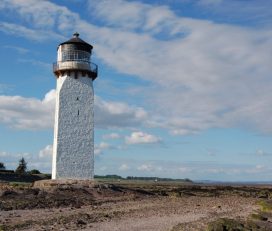 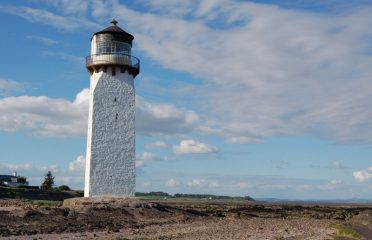 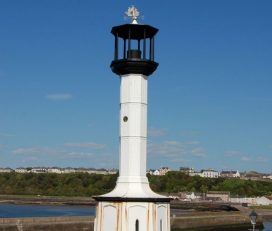 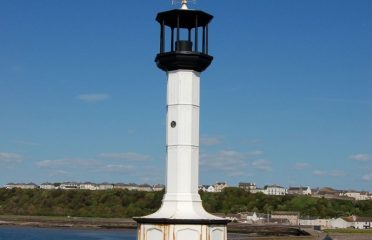 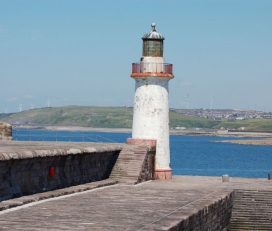 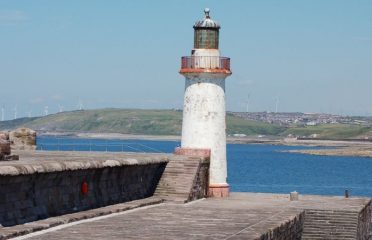 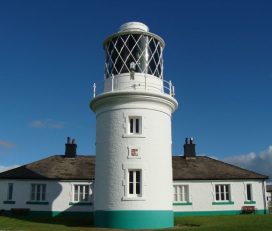 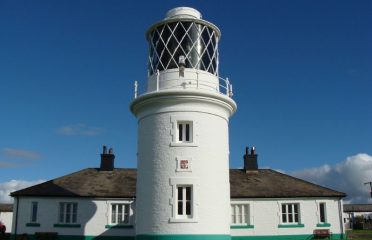