In 1796 Thomas Telford was responsible for the construction of Whitby Docks at the junction with the River Mersey.  This formed the terminus of the canal from Ellesmere in Shropshire.  From here, goods were transferred from trains and canal boats onto seagoing vessels.  The docks at Whitby contained docks, warehouses, a blacksmiths forge, stables and workers’ houses.  It remained in operation until the 1950s.

Ellesmere Port grew up around Dock Street, which now forms part of the National Waterways Museum.  The village of Whitby merged with other local villages to form what is now Ellesmere Port.

Ellesmere Port Lighthouse was built at the entrance to Whitby Docks and was completed in 1880.

In 1894 the Manchester Ship Canal opened. The 36-mile-long waterway starts from the Mersey estuary and continues to Manchester where it joins the River Irwell. When the new canal reached Ellesmere Port a new entrance at Eastham Locks meant that the lighthouse was no longer needed.  As a result, Ellesmere Port Lighthouse became redundant and was discontinued in the same year.

Construction of the Manchester Ship Canal began in 1887, taking six years to complete.  It opened in January 1894, and the Port of Manchester became the third busiest port in Britain. By the 1970s and 1980s, the increased size of ships and container vessels meant that many were too big to use the canal, causing a decline in its use. The canal is now privately owned by Peel Holdings.

In 1971 the Boat Museum Society opened a Boat Museum. Ellesmere Port Lighthouse was restored and now forms part of the National Waterways Museum.

It is also possible to take a cruise along the Manchester Ship Canal.

Further along the Manchester Ship Canal, two other lights were built in the area.  Goods were also transported to the Bridgewater Canal from 1776 at the Runcorn extension.  At Weston, near Runcorn, the ship canal connects with the Weaver navigation.

Both lighthouses at Ince and Weston, have since been demolished. 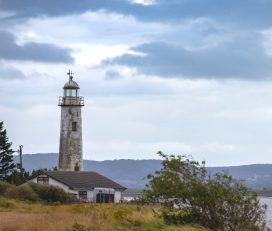 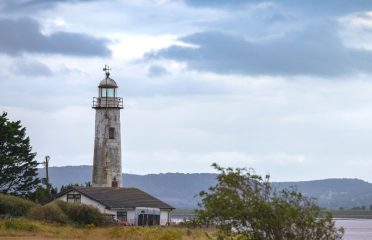