East Usk Lighthouse is on the Severn Estuary at the mouth of the River Usk. Two lighthouses originally marked the river entrance, West Usk Lighthouse, on the opposite side, was decommissioned in the 1920s.

The lighthouse was built in 1893 and exhibited in June of that year.

East Usk Lighthouse was the first lighthouse in the Trinity House service to use a Dalen Sun Valve, which switched the light on in darkness and off automatically during daylight hours.

The tower’s legs had become covered by fly ash tipping from the nearby power station at Uskmouth, but this has since been removed.

The Newport Harbour Commissioners are responsible for its upkeep.

The lighthouse shows a Port Entry Light with occulting red, white and green light sectors that guide vessels into the Newport channel.

The lighthouse is accessible via the Newport Wetlands Nature Reserve which has an attractive visitor centre and cafe. 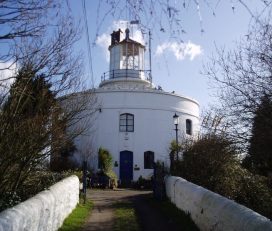 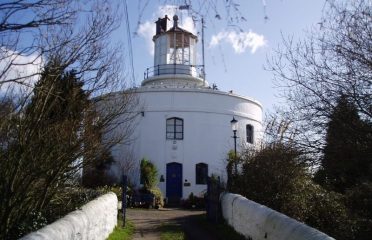 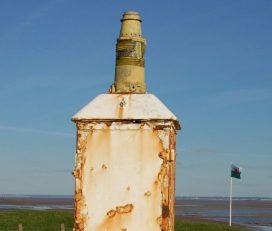 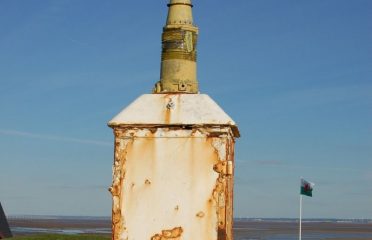 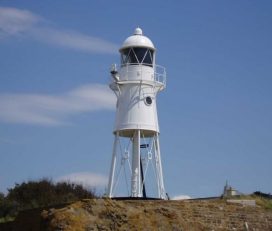 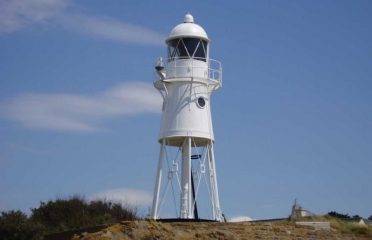 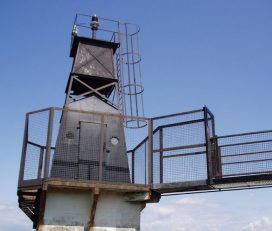 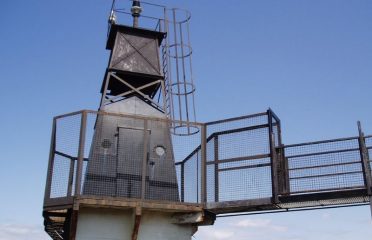 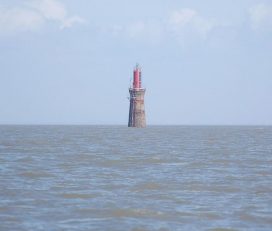 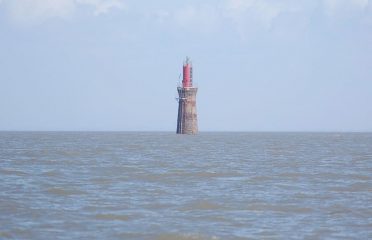 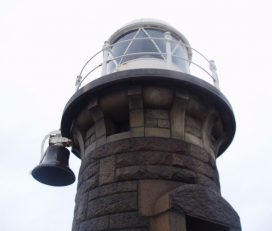 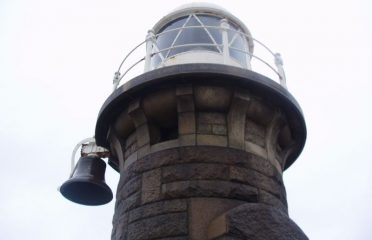