Chicken Rock Lighthouse is approximately a mile south of the Calf of Man. The Calf of Man High and Low Lighthouses initially marked the rock. However, fog often obscured the lights, so the Commissioners decided to build on the rock itself.

Work began in 1870, taking almost five years to complete. Conditions were difficult as the rock was only above water for about five hours a day.

The light was first exhibited on 1st January 1875. Following its commissioning, the two Calf of Man lighthouses were discontinued.

The tower, designed by David and Thomas Stevenson, used granite from Dalbeattie in Scotland. The builders prepared the stone blocks at a base in Port St Mary before being shipped to the rock.

Stevenson was instructed to install a red sector within the lantern marking Langness peninsula. He disagreed, and after much trial and debate with the Commissioners, the red sector was not installed.

The optic revolved around a paraffin vapour burner once every 4 minutes giving a flash every 30 seconds.

Two fog bells sounded every 30 seconds in poor visibility. The bells were replaced in 1890 by a tonite fog signal. In 1911 a much louder fog signal was installed.

The old bell was removed to St Catherine’s church in Port Erin and used as the church bell.

The four keepers from the two Calf of Man Lighthouses were transferred to Chicken Rock. They became the first four lighthouse keepers, and their accommodation was now within the tower.

The old Calf of Man cottages were still used as the keepers’ shore station until 1886 when a family shore station was built in Port St Mary.

A radio beacon station was established at Cregneash in 1938.  This station was used to maintain communication with Chicken Rock Lighthouse.

On 23rd December 1960 disaster struck at Chicken Rock when a fire broke out. The keepers became trapped at the top of the burning tower. The Port St Mary Lifeboat crew rescued them in very difficult weather conditions.

The fire caused considerable damage to the tower. The repair work required also hastened its automation. In the following two years during its restoration, the Calf of Man Low Light exhibited a temporary light.

By 1962 the lighthouse was repaired and automated. A fourth-order optic and propane gas burner gave a flashing white light every 5 seconds.

The bullseyes from the 1875 optic were reused in Bell Rock Lighthouse between 1964-88.

By 1968 a new light was established on the Calf of Man. As a result, Chicken Rock Lighthouse was downgraded to minor light status.

Following the fire at Chicken Rock, a temporary fog horn was used until 1968 when a permanent foghorn gave two blasts every 60 seconds. The fog signal was discontinued in June 2005.

In 1999 the light was converted to solar power. In June 2007 its range was increased to 21 miles. Following this upgrade, the Calf of Man Lighthouse was decommissioned.

The optic was removed and is now in the Manx National Heritage Large Items store. 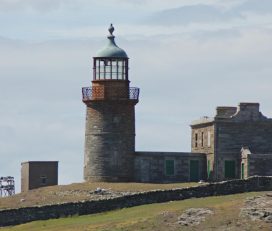 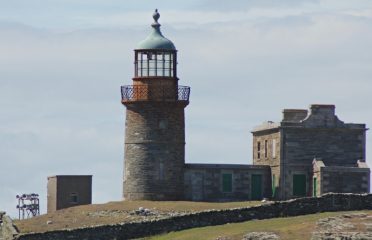 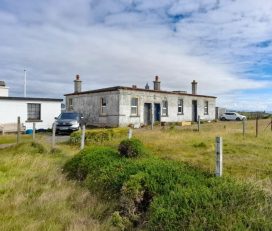 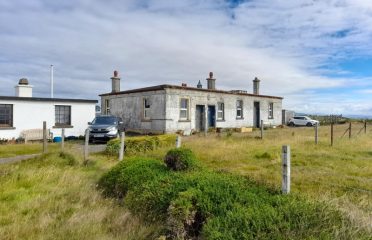 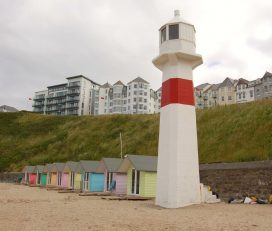 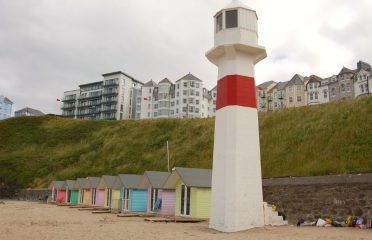 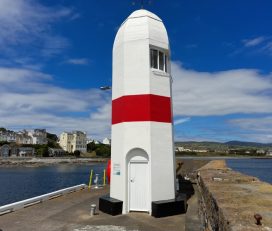 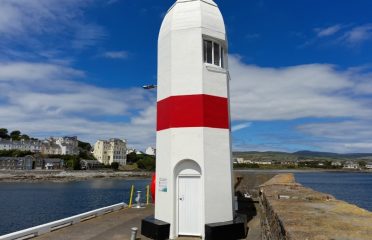 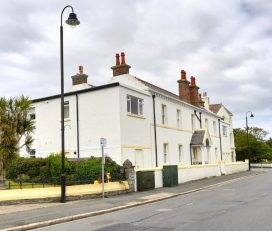 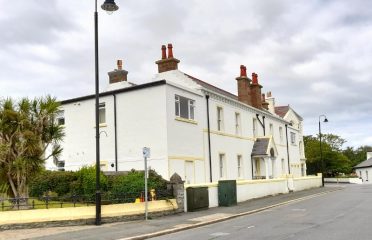 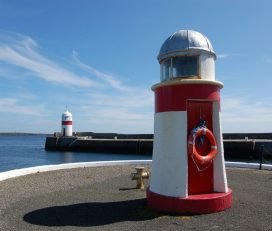 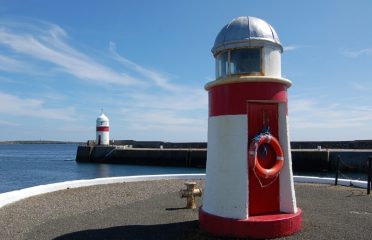