Cairnryan Lighthouse is located at  Cairn  Point,  near the northern end of the village of  Cairnryan.  It guards the eastern side of the entrance to Loch Ryan.

Loch Ryan is a huge natural harbour on the northeastern side of the Rhinns of Galloway. It forms a natural shelter for the town of Stranraer where ferries arrive from and depart to Ireland.

Due to the sheltered anchorage, in the 18th century, ships sailing to the West Indies from the Clyde would often shelter in Loch Ryan.  They would find shelter close to a village known as the Cairn. During the Second World War, Cairnryan as it had then become known, was a major landing point for supplies from the United States.

There are two ferries operating in and out of the area, one from Stranraer and one from Cairnryan, linking to Larne in Northern Ireland.  Ferries pass Corsewall Lighthouse on the northern tip of the peninsula.

Cairnryan Lighthouse is also known as Loch Ryan Lighthouse and was built in 1847.  It was built to the design of Alan Stevenson.  The lighthouse was converted to oil lamps in 1897.

In 1885 Lighthouse Keeper Mr Laidlaw was arrested for being drunk and causing 5 offences.

The keepers’ cottages were demolished in the 1960s, and the lighthouse was automated in 1964.

In 2021 major refurbishment took place at the lighthouse.  18 of the 56 stone steps were replaced due to decay.  Repairs were also carried out to the windows and doors and the tower was repainted.    The light source is from an LED mounted on the external gallery. 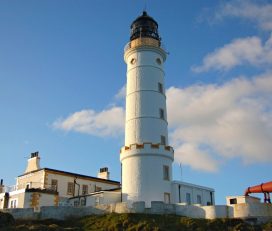 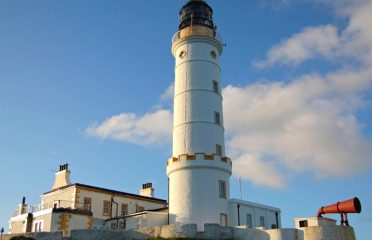 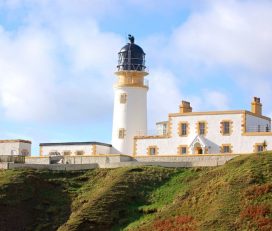 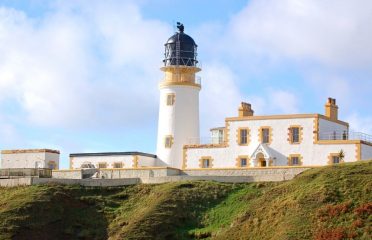 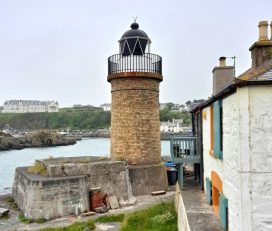 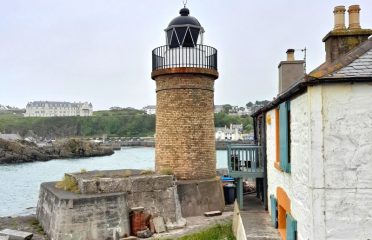 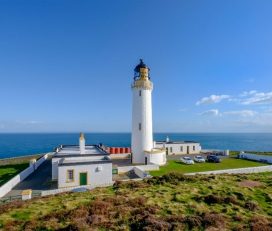 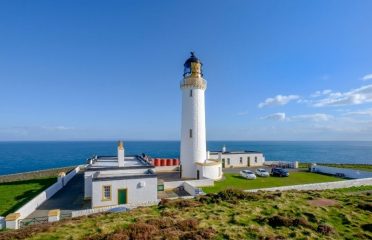 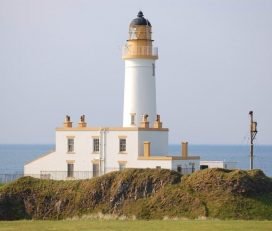 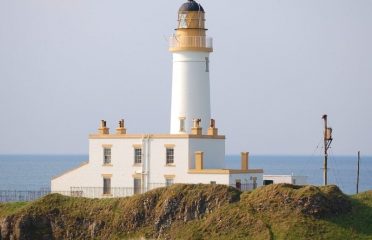 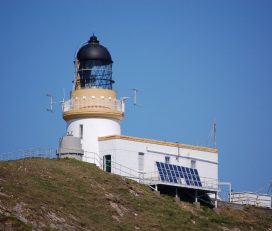 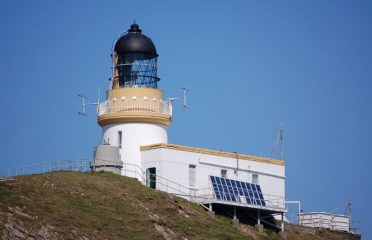