The Atlantic Islands Centre is located in Cullipooll, on the Island of Luing.  From the island of Fladda, the island Luing (pronounced Ling) is clearly visible.  Cullipool is the largest village on the island, located on the western side of Luing.

Luing is the largest of the Slate Islands.   Its growth is due to the quarrying of slate, on which parts of the island are built.  Along the street at Cullipool are some of the former quarry workers’ cottages.  Behind the Atlantic Islands Centre is a large slate quarry, now filled with water.  Quarrying continued on the island until 1965.

The Atlantic Islands centre welcomes visitors with an impressive glass frontage.  The former optic from Fladda Lighthouse is in the entrance, which is visible a few miles across the water.

The visitor centre was opened in May 2015. Downstairs is a café overlooking the seafront and a gift shop.   The Luing History Group has an exhibition area, and events are often held here.

Upstairs are displays about local life, and on one wall information about Fladda Lighthouse and the keepers.  There are also lots of archive folders and a video showing local life.

Travelling from Oban, you cross over the famous Clachan bridge, also known as the Bridge over the Atlantic.  The bridge links to the Island of Seil from where the Cuan ferry crosses to Luing. 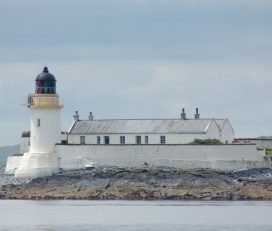 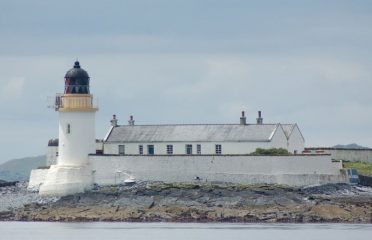 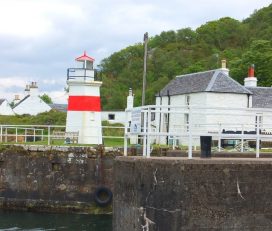 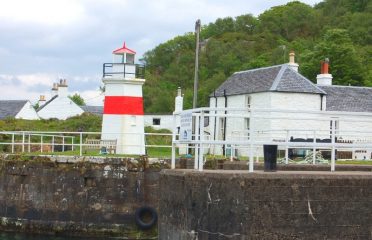 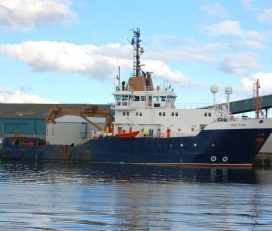 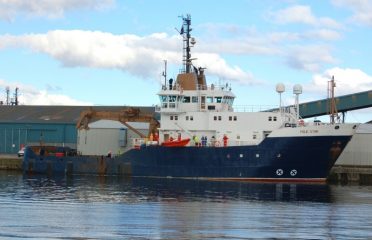 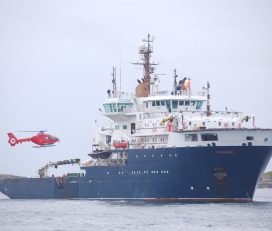 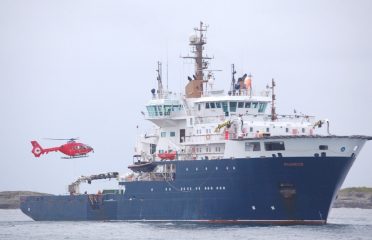 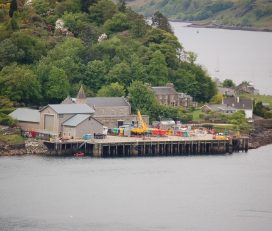 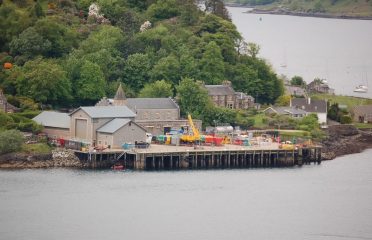 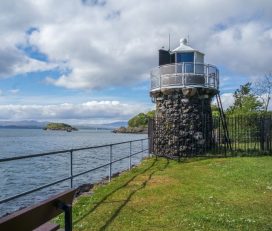 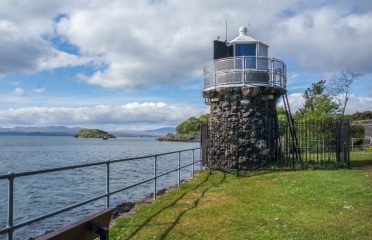